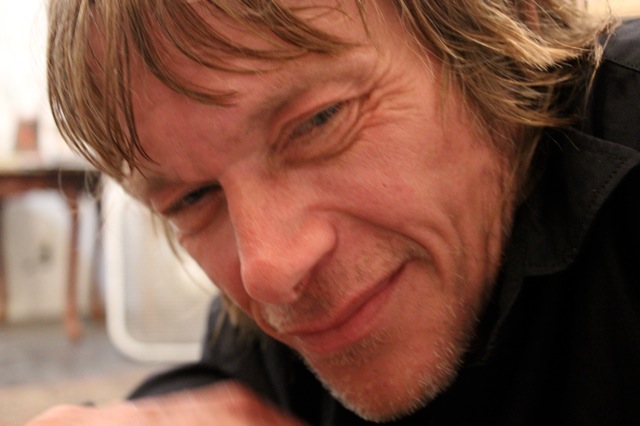 While in high school, Barnhart attended the Arts Students League and dedicated himself to painting after college. A prolific painter, he gave studio classes and taught and mentored many younger artists, including pupils at the Bank Street School in New York. He also spent a summer teaching at the Studio Art School of the Aegean, on the Greek island of Samos. After a period of living in England, he settled in Cobble Hill, Brooklyn and maintained a studio in Red Hook where he became a part of a thriving art scene and an inspiration to the community’s many young and aspiring artists.

While the artist appeared to have drawn much and deeply from the well of the German expressionists, he remained a dedicated figurative painter, but his work ranges as widely in style as in subject matter; his palette seemed to lean toward the ebullient regardless of subject; color infused and informed the image. He used color as his main compositional tool, and as he explored and intensified his use of color, his work evolved into a unique, vigorous, expressionistic style that both echoed his artistic traditionalism and released his expressive voice.

Barnhart’s work has been shown in group and solo shows in various galleries in New York, Miami and California as well as in Frankfurt and in London. His paintings are represented in many private collections.

Of his last works, the artist wrote, “These are all in oil on canvas or board of various sizes or subjects. But they are almost all urban-themed and therefore many of them of Brooklyn. They come of observation, come from the sometimes clashing, sometimes astonishingly harmonious, always intense and saturated colors of that urban life.”

John is survived by his son Max, two brothers, Michael and David; two sisters, Katy and Rebecca; and his mother.